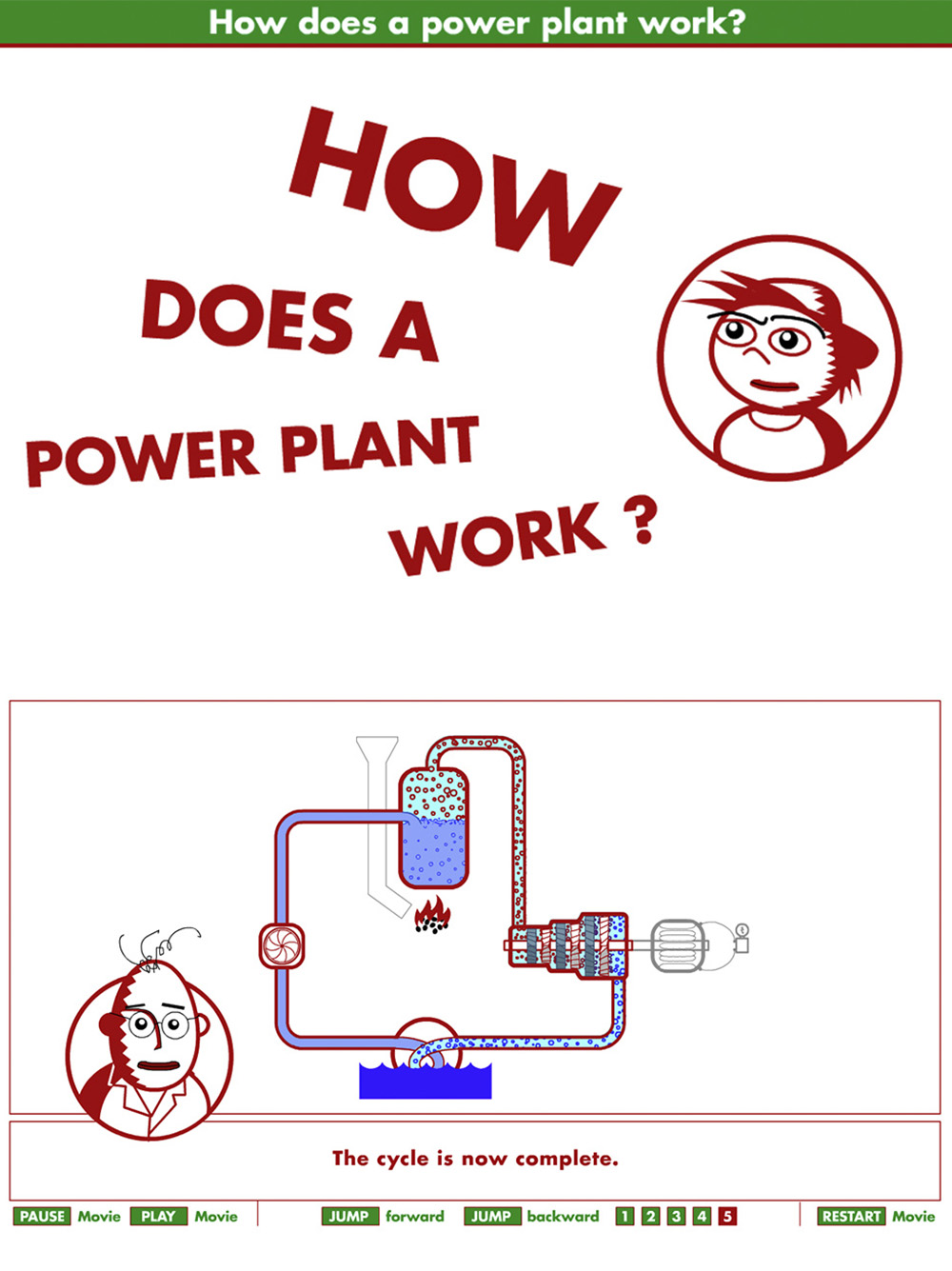 How Does a Power Plant work?

As an approach to of energy education for kids we developed this interactive animation. The central character is Egghead the Scientist who answers simple energy-centered questions. A detailed explanation is followed by additional questions which explore the topic further and there is even a simple game to be played at the end. Originally planned as the first part of a whole series this is the only project which has been published.

It has been done entirely in Macromedia Flash and worked fine until the Adobe Flash Player has been widely abandoned. To present it here I captured a movie, which of course takes out the interactive fun.